For King and Country

The King Country Rugby Football Union is celebrating its centenary –a proud history which has generated eight All Blacks. The most recent of those, uncompromising prop Phil Coffin, told Neil Reid about his call-up and what his beloved grassroots province means to him.

As the minutes counted down until kick-off in a key King Country club match, local legend Phil Coffin’s full focus was on leading his troops from the front in his beloved Otorohanga club jersey.

But with just five minutes to go before taking on rivals Waitete –the club he had previously played for –Coffin’s focus was shattered by an urgent message. An important phone call was awaiting for him at the Waitete clubrooms. It was a call that changed the almost 32 year-old’s life.

"I had to go right over to the Waitete clubrooms and wait for this freaking call,” Coffin recalls, with a laugh, almost 26 years on. “The game started without me.” Waiting for him was All Blacks coach John Hart, ready to tell him he’d picked the veteran prop in the 36-man squad to tour South Africa.

“I ended up running back over the field, kicking the other guy off and playing the game.”

Nobody could have blamed Coffin for his initial four-letter word response to his call-up.

For a start he was set to make his All Blacks’ debut –following in footsteps of King Country’s other men in black in Sir Colin Meads, Stan Meads, Bill Phillips, Jack McLean, Ron Bryers, Graham Whiting and Kevin Boroevich –in the same year that he was overlooked by the Chiefs for selection in their 1996 Super 12 squad. The sheer excitement of Coffin’s stunned reaction has remained with Hart ever since.

"He got quite a shock, I have to say, when I rang him,” Hart said. "It was a very excited reaction which in itself is fantastic, when a guy that age feels that feeling about the All Blacks. It was obviously the pinnacle of his career. He was one of those guys who everyone appreciated, but no one thought would go any further.”

Coffin said he was well aware he was coming to the end of his playing career when he received his All Black call-up.

It came 11 years after he made his first-class debut for King Country; a province he would play 143 games, second only on the union’s all-time game list behind hooker Paul Mitchell who played 147 matches. Aside from representing King Country, his childhood dream had been to follow in his uncles’ footsteps by playing for New Zealand Māori; something he went on to do from 1992-97.

His call-up for the 1996 All Black trial came after a strong season for the Hurricanes in the newly-launched Super 12. He was drafted into the Hurricanes after being overlooked by the Chiefs who had first dibs on him as he played provincial rugby for a province in their catchment.

The factor that counted most in his ultimate national call-up was Hart’s successful lobbying of the New Zealand Rugby Union to take 36 players – effectively a test 21 and then an additional 15-man starting squad for midweek games – to South Africa.

The All Blacks had famously never won a test series on South African soil.

Hart’s meticulous planning highlighted the need for the enlarged squad – at the time the largest touring team had been 30-strong – to give the All Blacks the best shot of winning the series.

“My thinking was that if we were going to win a series in South Africa, and we were playing four midweek games as well, it meant that we had to be able to rest our test side during the week,” he said.

Hart realised how important propping strength and depth was against South African teams on their soil.

Craig Dowd, Olo Brown and Mark Allen were the first three in line for the test team. The decision to take five props opened the way for both Coffin and Con Barrell to tour.

"I never saw Phil probably being a test player, but I thought he was the sort of guy who would give us everything we needed in terms of meeting the scrummaging requirements in Africa,” Hart said.

"I saw in Phil an absolute tradesman. I knew that it would mean a great deal to him. And it was important that if we were going to win the series that we handled the midweek well, which we ultimately did and he was a key part in that playing in three of the games.”

The memory of being issued his first All Blacks jersey on the morning of the Eastern Province match at Port Elizabeth was one that would stay with him forever.

“You never take it for granted, you are a custodian of it at that present time, so do the best you can in it. Be worthy of it.

“I was going to do anything in my power to ensure nobody said, ‘Well he didn’t deserve that’. And I wanted to prove to myself first and foremost that at my age, age was not a barrier.”

While he played no part in the historic 2-1 test series win over the Springboks – which resulted in the squad being dubbed ‘The Incomparables’ - one of his greatest moments came in the minutes after the series-clinching 33-26 win at Loftus Versfeld.

As the meaning of the achievement sunk into the drained match squad on the playing arena, the non-playing tourists unleashed an impassioned haka in the stand surrounded by Springbok fans.

Earlier the ‘dirty dirties’ had been showered with beer cans from South African supporters.

"We had these guards with us, undercover agents, in front and on the side of us,” Coffin said.

“I remember distinctly this [security] guy got up in front of us, turned around to the crowd behind us, and he just pulled his jacket back and he had this big Uzi strapped to his shoulder.

“Obviously, we never got any cans thrown at us again,” Coffin laughed.

Hart was looking at a photograph of the impromptu grandstand haka – an image which featured Coffin - while talking about the prop’s brief time in the All Blacks.

"That was one of the great days when we turned around and saw that happening with guys like Jonah, Andrew Mehrtens, Eric Rush, Carlos Spencer and there’s old Phil . . . it’s fantastic,” Hart said.

“He did a job for us. He fulfilled everything that we expected of him. It was a unique opportunity for a guy like him to share in something as special as 1996 was.”

The haka was to be Coffin’s parting moment for the All Blacks.

The following year he was not able to play for his beloved King Country as his status as a Super 12 and All Black tourist meant they couldn’t fit him into the salary cap.

He relocated to Wellington for the provincial rugby season – after playing a second season for the Hurricanes – but the move didn’t work for him.

At age 33, his top-level career in New Zealand was over.

The achievements of Coffin – along with the province’s other seven All Blacks – are among things being toasted in the King Country this year as the heartland union celebrates its centenary.

King Country Rugby Union chief executive Kurt McQuilkin – himself a playing legend of the province who also went on to play test rugby for Ireland – said that group were icons in the region.

"Something we are very proud of as a union is the guys who have worn the black jersey,” he said.

Talks were ongoing about the now 57-year-old Coffin signing as a King Country front row resource coach and mentor.

"He is an iconic King Country player, as well as being an All Black from this region, so [whatever he says] carries even more mana,” McQuilkin said.

But some of his fondest moments came in the King Country jersey.

"It became a part of me. My uncles and my grandfather all played for King Country,” he said.

Two and a half decades on from calling time on his playing career in New Zealand, Coffin has gone from being a force in driving mauls to a long-haul truck driver.

Still living in Otorohanga, he works up to 60 hours a week hauling cargo the length of New Zealand.

The long hours give him a lot of time to reflect on life, including what he achieved on the footy field and how he hopes it created a positive legacy for his family to look back on.

“Rugby took me away from my family, it was a time in my life that I had to try and achieve a dream for my kids and my family,” Coffin said.

“I didn’t want to be someone who people would sayt, ‘Oh, he was just a club player’. I wanted my kids to say, ‘That’s my dad’, and hopefully they were proud of me and left them something like my uncles left me.”

No items found.
Written by
Neil Reid
Share this Article 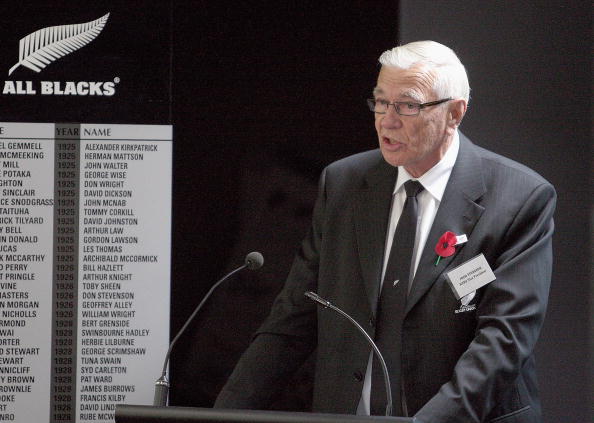 West Coast are yet to have their name written on a Heartland Championship trophy. But, as Neil Reid explains, the South Island province is a breeding ground of top talent – including eight players to 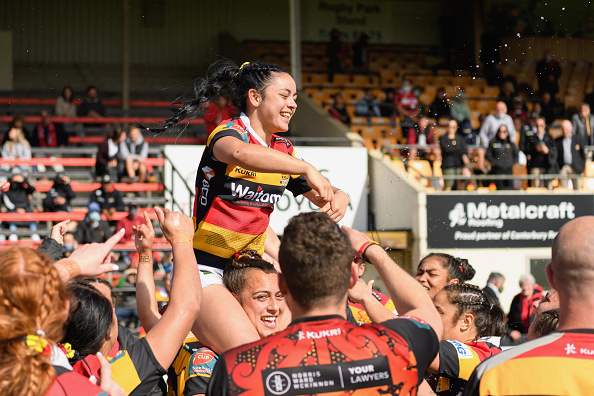 Waikato achieved a rare double last year when they won the NPC and the FPC. Nigel Yalden looks at their chances of a repeat.